The society was set up by Mr. J.T Foxall on the 8th of February 1934 to “advance the education of the public in all matters of historic or allied nature. In particular those arising in Bridgnorth and within the County of Shropshire”

At the start there were 31 members. This had risen to 62 by the end of that year. Dr.Watkins-Pichford was the first president.

The early meetings were held in Bridgnorth’s Grammar School, (now the Endowed School) and the lectures were considered to be important enough to be reported in the local press. 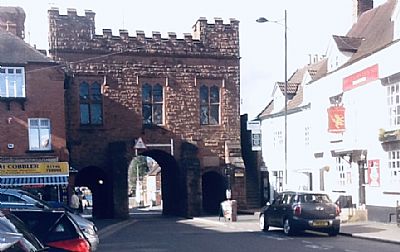 In 1936 the Town Council offered the Burgess Hall, (the room over the Northgate Arch) as a meeting place, but due mainly to the Second World War the move did not take place until 1946.

The Society supported the provision of the Bridgnorth History boards under town hall as it’s Millennium Project.

The Historical Society holds regular monthly meetings from October to March at which interesting speakers give talks on historical subjects, often with photographs, videos and  demonstrations. These meetings take place at the Community Hall in Bridgnorth’s Low Town.

In the summer months, members can go on outings to places of historical interest.

Volunteers from the membership of the Society run and maintain the Town Museum which is situated in the Northgate.